Genetic rescue in an endangered rodent: the Common hamster

A recovery breeding program of Common hamsters from the Netherlands, that included a few wild hamsters from two highly threatened populations (from Belgium and North Rhine-Westphalia) in 2003-2004 enabled the study of genetic rescue in an endangered rodent.

How can negative effects of nitrogen deposition on fauna be mitigated?

Nitrogen deposition levels decreased strongly during the last two decades but still exceed Critical Deposition Levels. Ecological effects of excessive nitrogen on soil and water quality and subsequent effects on vegetation composition and structure are well known and clearly visible in nature areas. Effects on animal species often have an indirect nature and are less visible. Literature shows several mechanisms by which fauna is affected by nitrogen deposition. Direct effects concern physiological problems that mainly occur in open water and wet soils by means of acidification or low oxygen levels when algae or plant biomass strongly increases. Indirect effects concern loss of food and nectar plant species and open soil for nesting, due to encroachment by tall grasses and shrubs. Microclimate becomes cool and moist when vegetation structure becomes denser which leads to higher mortality and unfavourable conditions for reproduction and development of poikilothermic species. Evidence grows that also quality of food plants for herbivores is decreasing due to nitrogen deposition. Important changes concern disturbed nutrient balances (like N:P-ratio) and high levels of nitrogen which are not incorporated in amino acids or proteins, so called Non Protein Nitrogen (NPN).

Negative effects in aquatic habitats are relatively easy to mitigate when local or regional hydrology can be restored. In terrestrial systems high plant biomass production can be altered (by mowing, grazing, etc.) but since the measures itself can be harmful for fauna, the intensity, timing, scale and phasing of the measures strongly influence the effect on animal communities. More knowledge on the effects and underlying mechanisms of changes in plant chemistry is necessary to define measures that effectively mitigate these effects of nitrogen deposition on fauna.

Restoration of its natural dynamics is very important to ensure that the south-western Delta of The Netherlands becomes ecologically resilient. PBL Netherlands Environmental Assessment Agency has explored the possible consequences of a number of development options for these dynamics and the ecology. The ecological potential has been calculated particularly on the basis of the changes in the dynamics of the tides and salinity, with the important annotation that all aspects of natural dynamics can only be present when the sediment balance has been restored. The exploration shows that further opening of the Haringvliet sluices would increase the chances of fish migration and gradients. The Grevelingen would provide opportunities for more intertidal zones, and the Volkerak-Zoommeer would benefit from an increase in salinity and tides. If the estuary would be fully open, with river and sea freely connecting, the intertidal zone would increase by about 55%. This study is the first to research the mutual coherence between the delta waters.

Het Mosterdveen: a unique spring fen on the North Veluwe

The nature-reserve Mosterdveen (80 ha) is situated in the centre of The Netherlands near the village of Nunspeet and is managed by the municipality of Nunspeet. Due to the geological clay deposits of about 30 cm thickness in the subsoil a local groundwater system was formed with a very stable high groundwater level far above the regional groundwater level. Due to this geological and hydrological characteristics a series of interconnected softwater ponds with different stages of peat formation evolved which resulted in a high diversity of the landscape with a diverse vegetation. All fens and ponds are connected through a cascade system. The water in the ponds is oligotrophic and slightly buffered. This water type created conditions in which a bog like vegetation could evolve with one of the last populations of the Rannoch-rush (Scheuchzeria palustris) in The Netherlands. The nature-reserve will be enlarged in 2014 on the basis of a restoration plan made by experts. This will lead to the conservation and maybe even expansion of local natural values.

Recent increase of Burbot in The Netherlands: beneficial or detrimental for rehabilitation of small wild populations?

In The Netherlands the Burbot (Lota lota) has suffered from population declines across many parts of its original distribution area. Until the middle of the 20th century the species used to be relatively common in all streams, rivers and connected lakes. Presently, Burbot has become extremely rare and is regarded extinct in small streams. Factors contributing to the decline of Burbot are the major changes in the aquatic system, affecting hydrodynamics and stream morphology, and agricultural intensification since 1950. Recently, increasing numbers of Burbot have been recorded in various lakes and rivers connecting the former estuary of the river IJssel. However, the origin of these Burbots is not clear. Although spawning of Burbot occurs incidentally in the area, the scale at which it takes place is probably to small to explain the observed increase. The majority of observed Burbot are subadult and adult individuals, ranging from 20 – 55 cm total length. Translocations of subadult and adult Burbot occur annually on a large scale in nearby German parts of the river Vecht and its tributaries. The increase of observed Burbot in the area is likely to be caused by these upstream stockings since 2001. The source animals used for the translocation originate from wild-caught Burbot from the rivers Elbe and, occasionally, Weser. The use of non-local wild stock may lead to outbreeding depression caused by alterations of the wild genetic structure, potentially threatening small wild populations downstream in the system. The presence of local populations in the area is indicated by analysis of eDNA. However, results from phylogenetic analyses of three sampled Burbot originating from Lake Vollenhove indicated the presence of a non-autochthonous lineage and admixture between two different populations in the area. These results further imply stocking activities to be a plausible cause for the increase of observed Burbot in the area.

Suggestions for recovery and conservation of Burbot include rehabilitation measures for habitat- and migration improvements as well as changes in national and international species protection legislation and the establishment of a national framework for Burbot rehabilitation. 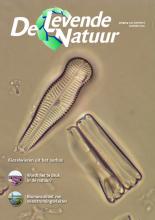