What do we know after five years of Garden BirdWatch in the Netherlands?

With the aim to gather more data on the biodiversity and trends of wildlife in Dutch gardens, a Dutch version of the BTO Garden BirdWatch was started in 2015. In this year-round citizen science project, animals and plants can be systematically counted in gardens so that data on garden biodiversity can be collected on a large scale. This study analyses the first data from the project and shows what can be achieved by this systematic garden monitoring. As was expected based on findings of other citizen science projects, birds were counted the most, followed by butterflies. Examples of several commonly counted species are presented and show that the gathered data suffice to investigate both seasonal and geographical variation in occurrence, yearly trends and timing of migration. In the future, it is possible that this project can act as an early warning signal for species in decline or an outbreak of possible pest species. Continuation of the project will ensure that more valuable data are gathered on the biodiversity in Dutch gardens.

Effects of small scale aeolian processes due to blowout development in coastal dunes were studied for soil, vegetation and fauna. Deflation of sand by wind erosion and slight to heavy sand burial have positive effects on soil pH and the abundance of calcareous plant species. Also, plant quality as well as the biodiversity and biomass of invertebrates can improve by sand deposition. These effects are important in slightly decalcified dunes, with burial by calcite rich sand. Effects are less significant to absent in calcite poor dunes. Effects on soil pH and species composition of the vegetation can last for several decades after the stabilization of blowouts, but effects on plant quality and invertebrate fauna in the vegetation disappear after ten to fifteen years. This has consequences for restoration management strategies in coastal dunes (see Arens et al. this volume).

The development of blowouts in the Dutch coastal dunes between 2000 and 2014 differs considerably between the main dune regions along the Dutch coast. In the calcite poor Wadden area in the north, the number of active blowouts is extremely low, and were diminished in 2014. In the calcareous dunes along the mainland coast a spectacular increase is observed. In the southern part of the Delta, numbers again are very low, but slightly increased between 2000 and 2014. Occurrence of active blowouts is not stimulated by one main factor; the combination of lower sensitivity for nitrogen deposition, presence of rabbit populations, dune relief and extreme weather events is likely to be decisive for the development of blowouts. Meanwhile, dune managers are willing to increase blowout dynamics because small scale aeolian processes benefit the distribution and quality of grey dunes, an important habitat type in the European Natura 2000 network. The results of this study help managers to make decisions on restoration activities and provide practical guidelines for implementation.

Over ten years breeding survey in the Kraansvlak area: what is the impact of bison on breeding birds?

In April 2007 European bison has been introduced in the Kraansvlak area, a spatially heterogeneous dune landscape of forest, scrub and grassland near Zandvoort. Monitoring of breeding birds in the bison area started in the same year in a 50 ha plot, which was counted yearly using the same method. Because bison together with introduced cattle and horses, influenced vegetation structure in the Kraansvlak area, it was questioned how grazing influenced the birding community. It was shown that bird communities associated with both scrub and forest increased overall. This type of increase, however, was also noted in other areas in the Netherlands. It was concluded that grazing with bison in the Kraansvlak area does not have a negative impact on breeding birds in general. However, within these general trends, some species showed stable or even decreasing figures. Therefore, it is not possible to correlate trends of individual breeding birds on grazing of bison in the Kraansvlak area. 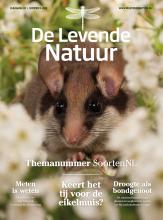