Unless the narrow-mouthed whorl snail (Vertigo angustior) is included in Annex II of the Habitat Directive, the numbers and distribution of this species in the Netherlands decreased strongly between 2004 and 2017 and this decrease is still going on. An important cause of this decrease are large scale measures to recover the Nature 2000 habitat type ‘gray dunes’, like removing the topsoil, grazing by cattle, mowing, and chopping shrubs. Also, the removal of poplars in the dunes contributed to the negative effect. After these measures the resulting habitat is less or no longer suitable for the narrow-mouthed whorl snail. Systematic monitoring results show that the decrease was much stronger in areas grazed by cattle (-85 %) and with other active nature management (-70 %) than in areas without active nature management (-20 %). The authors plead for immediate measures to turn the tide. They recommend the following measures: 1. Designate specific zones within each Natura 2000 area where the habitat for snails is kept in good condition via small scale management without grazing, chopping, mowing, or removing the topsoil. 2. When limiting shrub growth outside these zones is needed, guidance is given to do it in a way that is less harmful to the remaining populations of the narrow-mouthed whorl snail. Nature management plans should not only focus on vegetation but also on soil fauna. If a negative effect on the remaining population is unavoidable, compensate the effect in another part of the designated Nature 2000 area. Recently good results were realised with the translocation of snails to an area where the habitat was optimised for this species in advance.

In 2020, PBL Netherlands Environmental Assessment Agency analyzed the Nature Pact. In addition to a national analysis of how many provinces have taken what restoration measures in the Nature Network Netherlands, it also analyzed whether the measures contribute to achieving the ambition of ‘improving biodiversity’. The analysis shows that the restoration measures funded by the provinces to improve biodiversity in the Nature Network have a significantly positive impact, particularly in wet ecosystems. The impact is less significant in dry ecosystems, probably because it is still too small and too dispersed. Compliance with the agreements under the Nature Pact calls for expansion and concentration of restoration measures. 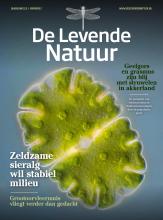